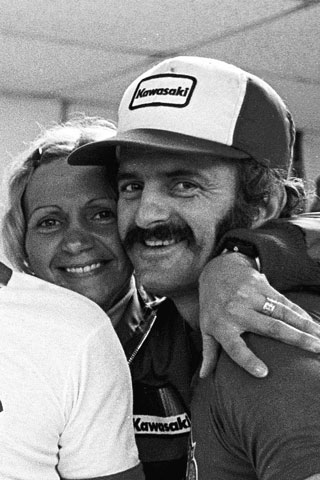 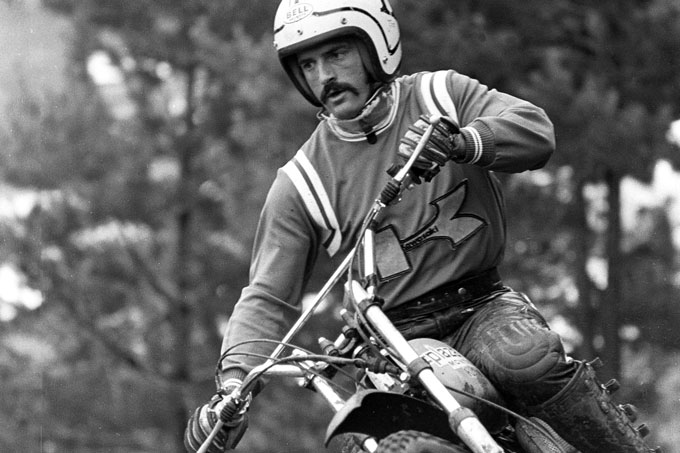 It’s hard to believe that during the 1960s motorsport legend Yvon Duhamel helped supplement his racing income performing such tasks as pumping gas and working on a Montreal garbage truck. Yet that, and other equally menial jobs one would never associate with a man who is arguably the most successful and best motorcycle and snowmobile racer ever to come out of Canada, is exactly what he was doing.

“Up to 1968 there was no real money in racing,” Duhamel recalled. “The first time I won anything was $4 for three first places at a dirt track race.”

But those days are far behind Duhamel and he’s been living a comfortable, semi-retired lifestyle in his beloved Montreal. Semi-retired is the operative word because Duhamel has no intention of ever being put out to pasture and is always open to offers to put in a racing appearance.

In 1988 he competed in the gruelling 24-Hour World Championship Bol d’Or Endurance race in Magny-Cours, France, with his sons Miguel and Mario. He continued racing in Vintage events, including Daytona Speedweek – on the very track he scored one of his first huge international victories – for many years. In 1999, at the age of 60, he participated in a vintage race at the Dutch TT in Assen.

Duhamel became the first Canadian to win at Daytona, taking the 100 Mile in the 250cc class on a factory Yamaha in 1968. He came a close second to Carl Rayburn in the 200 Mile, having qualified on the pole with a track record of 150.5 mph. The following year he again won the 100 Mile on a Yamaha.

The multi-time Canadian motorcycle champion’s fortunes changed forever when he signed with Factory Kawasaki in 1971, the year he became the first Canadian to claim the Talladega 200. Within a few years he would become the highest paid motorcycle racer in the world. He stayed with Kawasaki for seven years as a developmental rider and a top-five competitor in the U.S., Japan, and Europe.

Although Duhamel never won a World Championship title – due mainly to a multitude of racing commitments, which never allowed him to focus on any one series – he became one of the international road racing community’s biggest stars.

At home, the 1960s definitely belonged to Duhamel. In 1961/62 he sported the CMA’s No.1 plate in all categories. He won the prestigious White Memorial Trophy – awarded to the rider with the most points accumulated in the various disciplines – no less than five times. Duhamel held the National Motocross No.1 plate in 1965 and 1966. In 1967 he garnered the overall Canadian road racing championship. In ? mile dirt track competition, he claimed the National Championship in 1963, 1965, 1966, 1967 and 1968.

Although nobody in his family before him had been into racing, young Duhamel believed he was born to be a speed demon.

At the age of 15 Duhamel got his first bona fide motorcycle, a 1952 500cc Triumph Tiger. It was an instant love affair. Now he was able to go faster than he had ever gone before. The Tiger was also the means he snagged the other love of his life, Sofia, to whom he’s been married for over 50 years. “I took her for a ride on my bike and I stole her heart,” he noted.

For over a decade, starting in 1958, Duhamel worked an average of 100 hours a week to support himself, Sofia, sons Mario and Miguel, and daughter Gina. He did everything from carpentry work and garbage collecting to working with his brother Ray in the garage business. From 1964 till 1970 he was co-owner of the garage.

The long hours, which were enough to zap the energy of ordinary mortals, never interfered with his racing. In one marathon holiday-weekend during the sixties, the French Canadian rocket-man entered events in Belleville and Mosport, Ontario, and Berthier and Riviere Barbotte, Quebec, winning an incredible 20 out of 22 starts!

As if working a regular job and racing weren’t enough, in 1959 he founded the Montreal Competition Moto Club with Ray and Gilles Dubé. They organized dirt track events at Ste-Martine, many of which he won – naturally!

Equally at home on a snowmobile, Duhamel claimed the 1970 World Championship on a Factory Bombardier. In ’71 he collected top podium honours in the gruelling 500-mile cross-country Winnipeg to St. Paul race. And in 1972 he set the world speed record on a sled, registering a hair-raising 127 mph. Once again, he was the first Canadian to bring home these accomplishments.

Although he kept racing during the 1980s, simply because he couldn’t give it up, he started focusing his attention on Mario’s and Miguel’s racing ambitions.

“My kids sure inherited the racing bug from me. It has given me great pleasure to see them do good,” Duhamel said. “Although as a father you often worry about the dangers, because you know exactly what can happen. Miguel has had some bad crashes and me and Sofia have spent many hours in the hospital with him.”

Amazingly, Duhamel himself managed to escape serious injuries during his lengthy career.

Not to be outdone by her older brothers, Gina Duhamel, equally at home on motorcycles, started a career doing motorcycle stunt work for television and feature films. She became a full-fledged stuntperson, engaged in everything from motorcycle to car stunts, to falling off buildings.

Canada can lay claim to some of the toughest motorcycle competitors on the planet – past and present – but when it comes to Yvon Duhamel, there aren’t enough adjectives or superlatives to describe him. Even words like “Ironman” or “Superman” fall short of the mark. He is simply one of a kind and there will never be another like him.