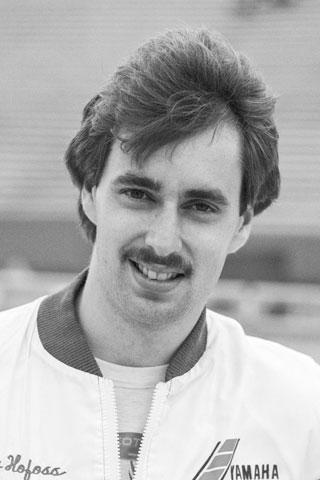 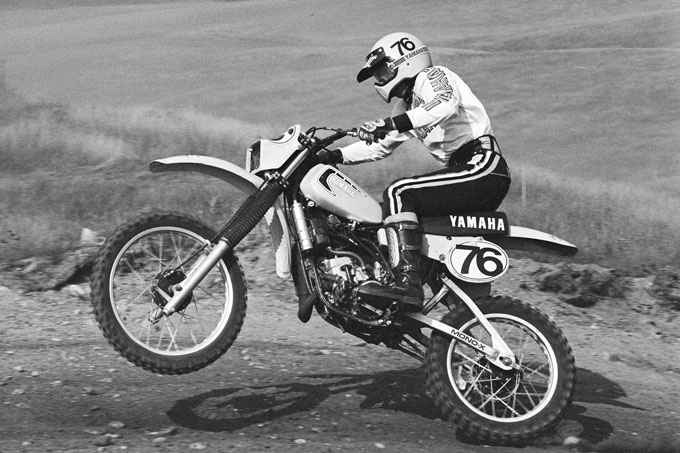 With so many great predecessors for inspiration, it’s no wonder British Columbia has kept producing top-notch motocross talent generation after generation. In fact Canada’s first ‘official’ motocross champs were BC natives: Tom Richardson (Open) and Vern Amor (250) entered their names into the history books way back in 1958, when the sport was still called scrambling. Twenty-two years after these pioneers tore up the tracks, yet another west coaster, Surrey’s Terry Hofoss, rattled the National Motocross rank and file.

Actually, Hofoss had exploded onto the scene in his second season of racing as a 10-year-old in 1973, when he claimed the National Schoolboy Championship (12 & under) on a 100cc Yamaha. He stepped up to the plate again in 1975 to capture the Schoolboy Big Wheel title and then progressed directly to the Seniors class (Intermediate). As a formality, Hofoss piled a number of BC amateur championships onto his resume before turning Expert (Pro) in 1978.

“The first couple of years in Expert I had spurts where I did very well in certain motos and races but I struggled quite a bit in general. There were a lot of inconsistencies and injuries in ’78,” Hofoss recalled. “I think I showed enough potential, though, to get support from Kawasaki Canada in 1979. I rode in the top three or four in the BC Championships but the season ended in a write-off, when I broke my wrist and foot.”

Despite those setbacks Hofoss’s talent had not gone unnoticed and he was invited to attend a testing session by former national champion Bill McLean, who had retired from racing in 1979 to work for Yamaha Canada. Within a week of the session, Hofoss had secured himself a contract for the 1980 season. It was a contract Yamaha didn’t regret signing. Although a hard-charging Rob Hodgson won the first two rounds of the 125 Nationals, Hofoss turned the tide on his rival to nail down the championship, when all was said and done.

Hofoss credits McLean and Mechanix Wear Canada’s Rick Sheren, another 1970s BC MX legend, as the two most instrumental people in his career.

“Rick sponsored me around ’76/77 through his new company R&M Motosport and he helped me a lot. The timing was perfect. Then, if it hadn’t been for Bill who knows how my career would have gone in 1980. He was really supportive and the biggest driving force to getting me the Yamaha contract. Bill was the consummate professional in everything he did and I learned a lot about racing and doing business from him,” Hofoss said.

In 1981 Hofoss was handed a 125 Yamaha factory bike and ‘expected’ to repeat as national champ with it. Again, he didn’t disappoint! In a season that proved to be the apex of his racing career, he totally annihilated the competition to capture the 125 National Championship and claim both the 125 and 250 BC Championships. Hofoss, a self-professed 125 specialist, says he started losing interest in racing after winning the back-to-back National Championships and slowly started drifting off the radar screen.

“Although I was only twenty-one years old, which now seems like too early a retirement, I had achieved what I had set out to do and decided it was time to move on. Maybe if I would have set my goals higher to go after a 250 and 500 title, too, I would have kept on racing because I probably wouldn’t have quit till I won them. I’m the type of person who once he sets his mind on something, goes for it,” Hofoss said.

In 1984 Hofoss had reconstructive surgery done to his knee and he needed no further reason to say goodbye to motocross. Hofoss concedes he felt cut adrift for a while and didn’t have a clue what he was going to do with the rest of his life. Over the following couple of years he gravitated to the woodworking trade and eventually started building custom high-end furniture Hofoss designs himself.

“I think that racing or any type of competition is super-super training for anything you do down the road. It teaches you everything from self-discipline to being goal-oriented,” Hofoss said.

Hofoss may have a point there. The Canadian business world is full of some very successful former motocrossers and he is just one of those success stories.