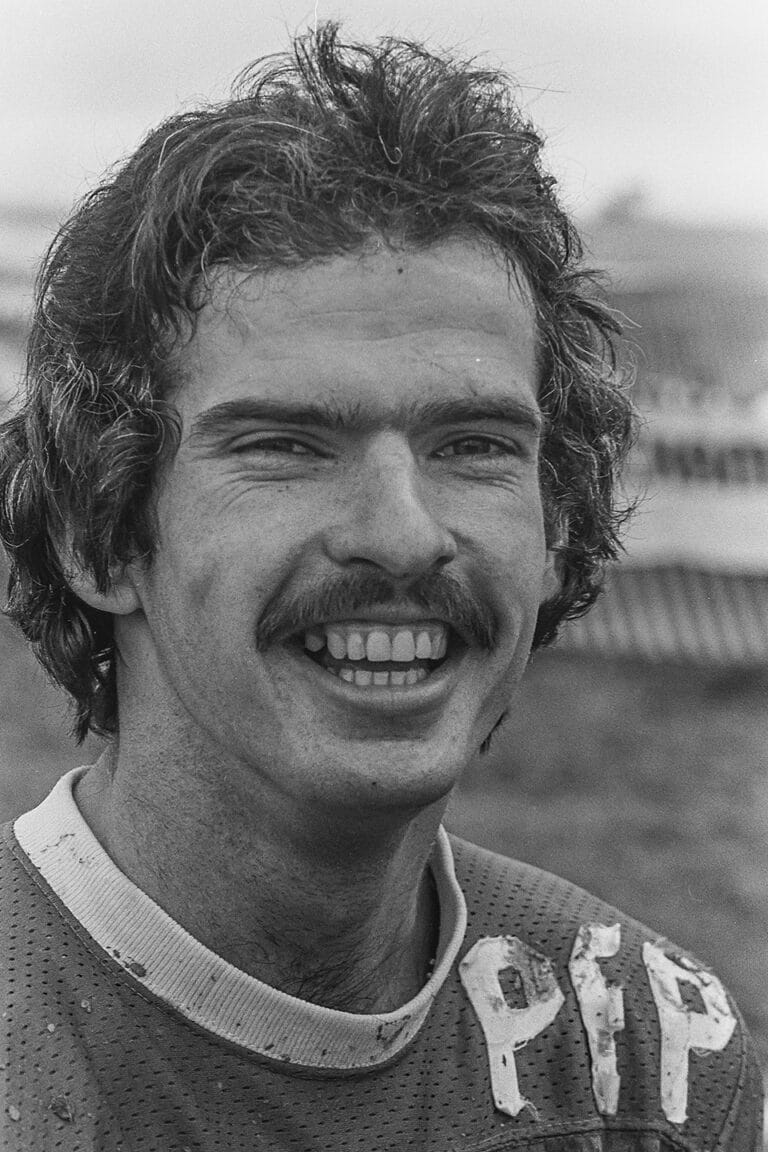 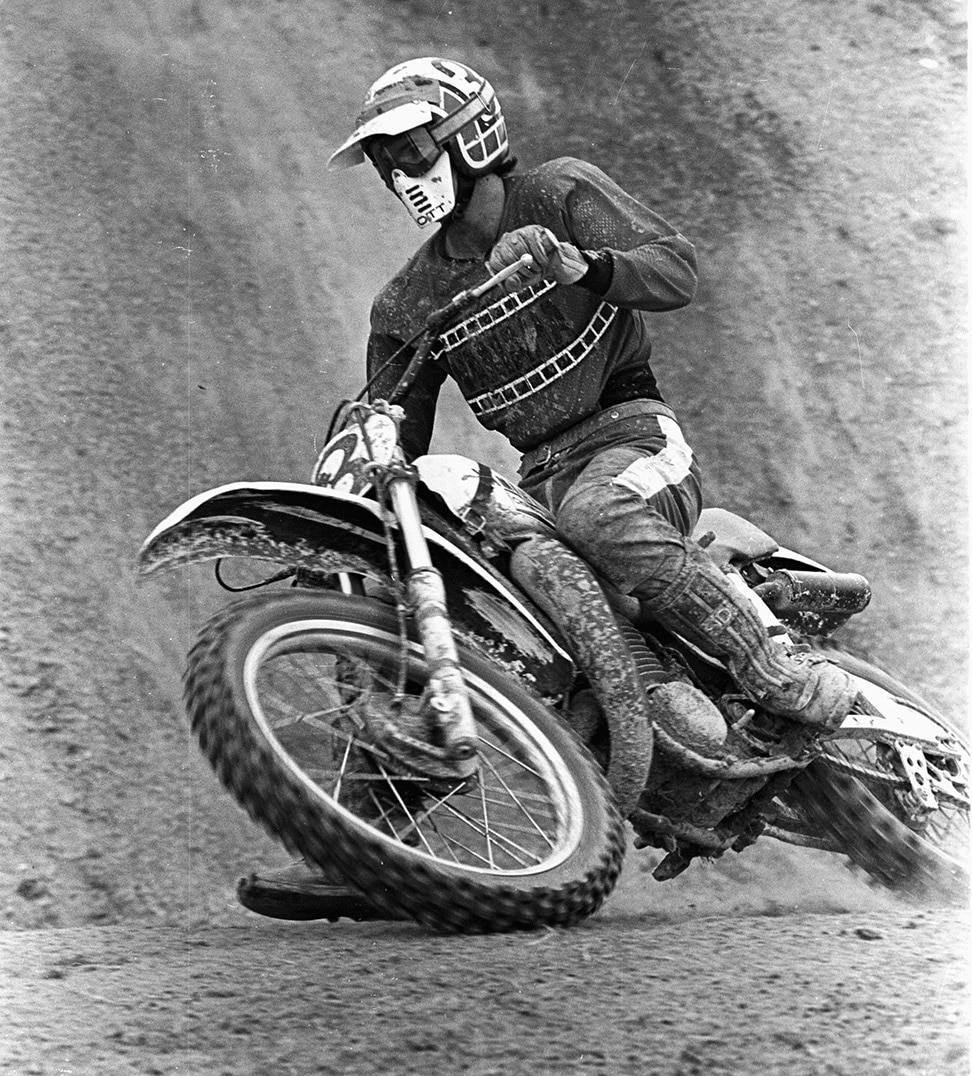 Al Logue is one of those iconic Canadian racers of the ’70s and ’80s whose story should be told. Al grew up in Hamilton, ON, and at 16 years old he was riding a Yamaha DT-1 on the street until a serious accident sent him into the dirt for a safer place to play. “Loguey Bear, ” as he was and is affectionately known, enjoyed support from a number of motorcycle distributors back in the heyday when genuine works bikes frequented race tracks from coast to coast.

Al was first noticed by Jim Kelly, then president of the Steel City Riders club, when riding around the Burlington Clay Pits, a popular riding area. Logue handily beat some of the local racers and Kelly suggested he enter some races.

In 1973, at 18 years old, he bought a 250 Husqvarna and won a number of races his first season. Later that year he headed west with some friends to the Blackfoot Park track in Calgary for the Junior Nationals. Al took home the 250 title, winning one of the three 30-minute motos and placing on the box the other two. He was noticed by then Manley Kawasaki team manager Carl Bastedo, who offered him a ride for the following ice racing season on Team Green.

In 1974 Suzuki Canada offered Logue the dream ride, a full works Suzuki to race the entire season as a Senior. Al and his full-time mechanic Bill Fullerton were often on the road together racing the Quebec-based Laurentide series where a number of top placings came their way.

Lean years in 1975 and ’76 aboard CZs, the archaic communist-bloc machines, didn’t allow Logue to show his potential; he broke his wrist and continued to ride with his arm in a cast. Logue was still one the hotshoes on the scene and did show promising results which were enough to re-launch his career.

In 1977 he was given a break by Yamaha Motor Canada and landed a seat on the fastest 125 cc bike on the planet, the famed OW27. The OW27 was a revolutionary bike, the world’s first liquid-cooled motocrosser. Logue rode a year-old version at the beginning of the season, a hand-me-down bike ridden by factory rider Nicky Kinoshita the year before. Because of some good results, Yamaha brought in a new OW27 for Logue to ride at the nationals and he rewarded them with the Canadian title. Logue continued on with the Hamamatsu-based factory for the next four years but none were as successful as his first season with the brand. He was invited to race in Europe for three 125 cc Grand Prix in 1978, with limited success.

“It was hard to travel alone in Europe, the first race in Italy poured rain, I couldn’t believe they didn’t call the race, ” Logue recalls. “I made it to Holland and France where I had some top-10 results which made the trip worthwhile. I was invited to stay on in Europe but Yamaha Canada wanted me back to race the Montreal Supercross, so I headed home. “

After Yamaha, Al went to Honda for his final seasons as a rider in 1981 and 1982; but as with many racers, a hard fall all but ended his career. He was riding the national at the famed Austin, MB sand track where he knocked himself out and laid on the track for 20 minutes. He tried to keep racing but CMA personnel ended his season at the next race in British Columbia, citing he wasn’t fit to race without a doctor’s release. That ended Al’s career as a racer, but in January 1983, Al received a call from Suzuki Canada and Flew down to Anaheim, CA to begin spinning wrenches for one of winningest riders in Canadian motocross history, Ross Pederson.

The Pederson job lasted three seasons and earned the duo numerous championships; Al subsequently worked for a few other privateer riders but found them unmotivated. “I like to win, ” says AL. “Some of the riders weren’t willing to put in the hard work like Ross did. “

Al cites one of his career highlights as being asked to wrench for former 250 cc motocross world champion Danny Laporte in Europe for the 1986 season. Sadly he turned the job down due to marital obligations.

Logue left the motocross scene for a long spell and spent 12 seasons working for four-time Canadian NASCAR champion Scott Steckly’s highly successful team. He has recently surfaced on the motorcycle scene with the resurgence of vintage motocross.

Al Logue is one of those fun-loving characters who the buzz always seems to revolve around; we wish there were more guys like him around racing these days.