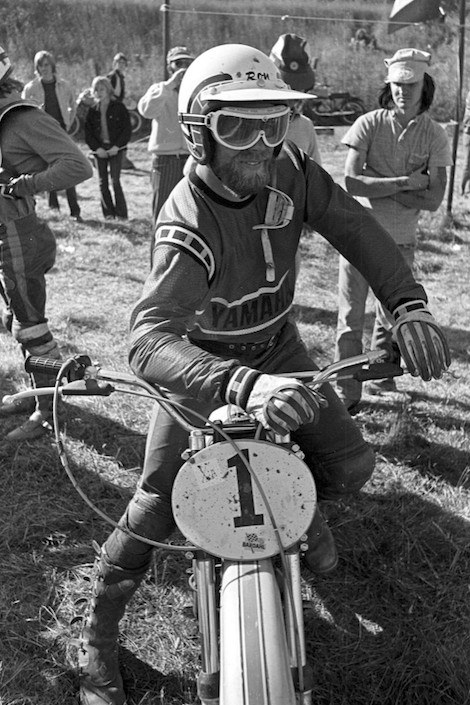 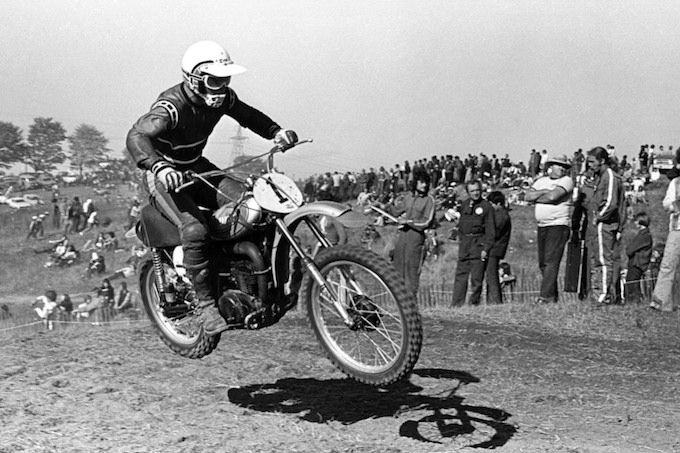 Ron Keys is another case in point for those who believe that champions are born, not made. One weather-perfect Saturday in 1966, when Keys was 19 years old, he showed up out of the blue at a motocross track not far from his home in Oshawa, ON with a 305 Honda “Superhawk”, much to the amusement of everyone concerned.

“I couldn’t afford a dirt bike at the time so I took the lights off my Superhawk, put knobby tires on it and fitted it with a couple of old rusty pipes I got from Speedy Muffler King. Those were about the only modifications I did to it,” said Keys. “I got a lot of strange looks at the track, but not for long.”

To the disbelief and chagrin of his mx bike mounted competitors Keys, who’d never laid eyes on a motocross track, and with less than one year’s worth of riding experience under his belt, took the unlikely street bike to a second place finish in the Open Junior class. Having taken to dirt like a fish to water, Keys decided to take advantage of the long weekend racing schedule and headed for St. Agatha, ON, where he entered his second motocross meet the following day.

Although he found himself with the front-runners once again, his prized possession succumbed to a broken rear hub on an extremely rough whoops section, putting an end to what looked like was going to be another podium finish. Thanks to a local motorcycle dealer, however, who gave him a brand new Superhawk rear wheel, the aspiring motocross star was able to take part in the final race of the holiday weekend at Copetown, ON. Despite a total lack of competition experience, he smoked all comers on the highly technical track and booked what would be the first victory of an illustrious career.

In 1967, Keys won six consecutive races aboard a CZ, which was lent to him by his boss at an Oshawa garage. A major crash, resulting in a dislocated shoulder, prematurely ended his season. Thoughts of not pursuing the sport entered his mind but Keys returned the following year on a 500 Maico in the Expert class.

“I was bumped right up to Expert from Junior,” said Keys. “I didn’t know what to expect. The Maico kept breaking down and I wasn’t getting any kind of results. It was pretty discouraging and since I couldn’t find another sponsor, I decided to pack it in.”

Fortunately for Canadian motocross, George Kirkpatrick, a rider who had just retired from racing, gave Keys his 360 Greaves “Challenger” and convinced him to give it another try. With the Greaves, one of the more competitive bikes of the era, Keys quickly found himself charting podium finish after podium finish in the 500 class. He also garnered his first pro victory in Chicoutimi, Quebec. It was a harbinger of things to come.

In 1969, after spending the winter racing in California, unusual for Canadians at that time, Keys exploded on the scene with a brand new factory CZ. To make sure the bike did what it was supposed to do he was able to rely on the wrenching talent of George Davis, former mechanic to the legendary Yvon Duhamel.

Keys rewarded CZ’s confidence in him by presenting them with the 1969 500 National Championship title. The following year proved to be a sleeper, but in ‘71 he totally decimated the competition. He claimed the 250 National Championship and the No.1 plate in all three displacement classes, this time aboard a Husqvarna. In 1972, a Yamaha Canada mounted Keys surpassed all expectations. He garnered both the 125 and 500 titles, beating out two-time 500 World Champion Jeff Smith, who had migrated to Canada from England at the end of his GP career.

Nineteen seventy three would prove to be Keys’s swan song: he landed the 250 National Championship, his second overall combined classes No.1 plate, and the CMA’s coveted White Memorial Trophy. In addition, he won the National Dirt Track Championship in the Junior class and brought home a Silver Medal from the 1973 ISDT, (now known as the International Six Day Enduro). He missed out on Gold by a scant 1:47 minutes due to an electrical short.

Keys spent 1974, his last year in competitive motocross, with Bombardier in Montreal, where he worked with former rival Jeff Smith in R&D. He raced prototype dirt bikes, which would eventually become known as CanAm. He also conducted motocross schools, one of the first championship status riders in Canada to do so. After cut-backs at Bombardier in 1976, Keys joined the Durham Region Police Department. He left the force in 1989 and went into the log home building business, doing that for the eight years before joining Ontario Power Generation, where he still works today.