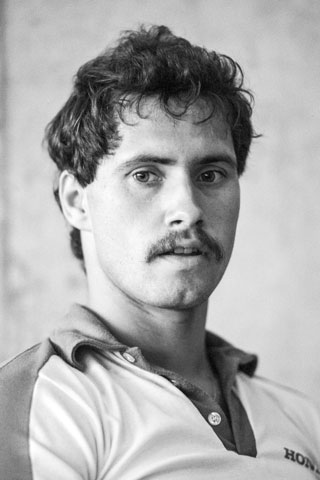 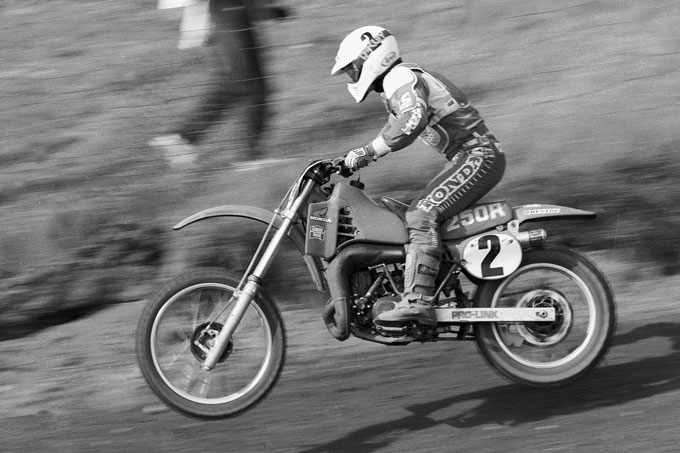 Although all but forgotten because he totally left the sport behind him in 1985, Pierre Couture was one of the great Quebec motocrossers of the mid ’70s to mid ’80s. Born in Drummondville in 1962, Couture was considered one of the top 500cc riders of his era. On sand tracks he was invincible, often beating multi-time champion Ross Pederson in the 500 Nationals.

“Like almost everybody back then I rode the three classes, but I would say the 500 class was my specialty,” Couture said. “Three times I finished second behind Pederson in the Nationals during the early ’80s. In the 250s I finished as high as third, and seventh in the 125.”

It’s not surprising that Couture took up motocross. Racing blood ran through his veins from the time he was born. His dad, Jean-Guy Couture, was a renowned Quebec snowmobile racer who rode for Arctic Cat. The elder Couture, who owned a Yamaha dealership, was also a much sought after mechanic. In 1970 he wrenched for the legendary Giles Villeneuve, the year Villeneuve won the World Snowmobile Championship.

“I have a great memory of that time, when Giles won the World Cup. After the race he took me and my brother for a ride on his snowmobile. I was very young but it’s one of those things you never forget. Giles made a big impression on me,” Couture said.

With his dad’s and Villeneuve’s love for racing instilled in him, Couture was destined to take up some kind of motorsport. When Jean-Guy Couture introduced nine-year-old Pierre to motorcycle riding, Pierre knew he had found his niche. The first dirt bike race he entered was a non-sanctioned 80cc race for schoolboys. He won the race and convinced his dad to let him join the Quebec motocross federation CMQ in 1973.

Couture started off in the 125 Junior class, which had much older riders dominating the proceedings at the time. This gave the young upstart a taste of serious competition from the get-go. But that is just what he needed to whip him into shape in a hurry. In 1974, his second year of competition in the CMQ 125 Junior class, Couture clinched runner-up in the Quebec Championship. The following year, in the 125 Senior ranks, he raced under CMA sanctioning and won the Quebec Championship.

With the 125 Senior Championship written under his name, Couture turned Expert in 1976. He was, at the age of fourteen, the youngest rider in the pro ranks. That, however, didn’t stop him from winning both the 125 and 250 CMA Quebec Championship. In 1977 Couture added the 500 class to his racing schedule. It would quickly become his favourite discipline. Things were looking up for Couture that year. He was just fifteen years old, sponsored by Yamaha Canada, and one of the most popular riders in Quebec.

At the second last round of the 1977 Pro Select Championship, Couture won all three classes and suddenly found himself in the series points lead. Although the prestigious Pro Select series featured top riders from across Canada and New England, the young up-and-comer was pegged as odds on favourite to clinch the title at the final round.

“It was at my home track in Ulverton. There was quite a bit of pressure on me, that’s for sure. It was kind of hard to handle at that age. During the Saturday practice I was riding very well and really pushing it,” Couture explained. “Maybe I was riding a little bit over my head. On one of the big hills I jumped too fast and too far and lost it. I landed on my head with so much force it split my helmet in two. I had a bad concussion and broke a lot of bones.”

Fortunately for Couture the horrific crash, which could easily have been career-ending if not fatal, would prove to be his only major racing accident. It did, however, end his ’77 season and he had a lot of problems getting back into the groove the following year. Although he managed to snare second place in the Quebec Championships, his debut in the Nationals was underwhelming.

In 1979, now riding for Honda Canada, Couture had regained his old form and self-confidence. He nailed down a CMA National No.10 plate, riding only the 500cc class, which at the time determined a National ranking. He dropped to 12th in the 1980 Nationals but starting the following year he remained in the top-five for the rest of his career. In 1981/82, back with Yamaha Canada, Couture impressed by finishing second in the 500 Nationals.

“In 1983 Yamaha dropped me even though I did well in the Nationals. They said I was too old,” Couture noted. “So I called Honda to see if they were interested in having me back and they signed me up to a really good deal.”

During the next three seasons Couture, riding all three displacement classes, never lost a race in Quebec. In the 500 Nationals he would go head-to-head with Ross Pederson and win motos against him, especially on sand tracks. Still, Couture’s best ranking would never exceed the No.2 plate. Twice he lost the championship to the “Rollerball” by just one point.

In 1983, when the CMA’s National ranking system was changed to include points accumulated in all three classes, Couture landed an overall No.3 plate. He followed that up the following year with a No.4 ranking.

The popular rider surprised everyone in 1985, when, at the age of 24, he suddenly announced his retirement from the sport. He never looked back and never raced again. After his retirement, Couture focused on growing the small business he had started in Ste-Simon, QC, installing and servicing golf course sprinkler systems.