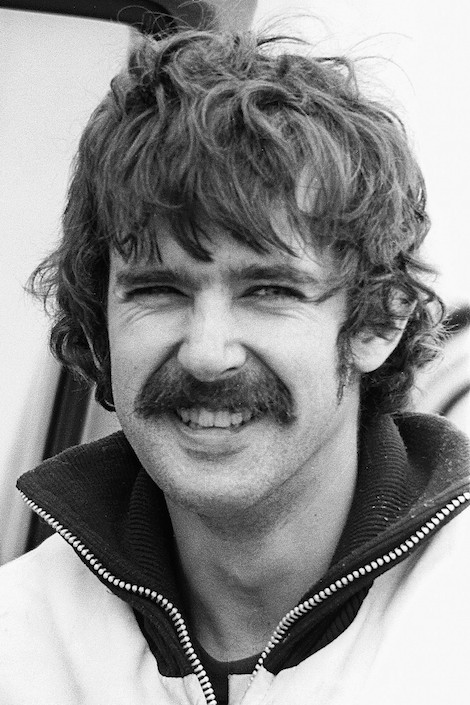 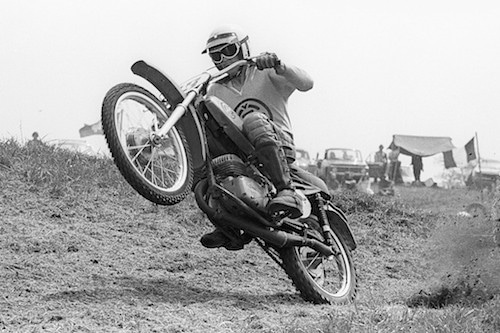 Fenwick, Ontario native Jay Kimber belongs to a group of unsung Canadian motocross heroes who have been all but forgotten. Kimber, who graced the Canadian motocross circuit from 1971 to 1981, was one of the toughest competitors of his generation.

Although none of his friends were into racing bikes, and he knew very little about motocross, taking up the sport was a natural progression for Kimber.

“I actually started racing go-karts when I was around ten. But that got a little too expensive so had to give it up. My first motorcycle was a homemade mini,” Kimber said. “The bike had a go-kart slick for a back wheel. But it was a little difficult to ride and wasn’t any good in the dirt. I didn’t really start thinking about racing motorcycles until a few years later, when I had a real dirt bike.”

That first real dirt bike was a 100cc Bultaco Sherpa S. With plenty of open spaces and a sandpit at his disposal in rural Fenwick, Kimber took to off road riding like a groundhog to dirt. When he mentioned to his parents he wanted to go racing, it didn’t take much convincing.

“My parents were wonderful. The best! They took me all over the place. Frank, my dad, was quite the self-taught tuner. I had fast and reliable bikes from day one. DNFs were rare and usually my fault if they did happen,” Kimber explained.

The term “natural born talent” is a well-worn cliché, but for all intents and purposes Kimber proved to be exactly that. In his first year of sanctioned CMA competition, the 14-year-old tore up the Junior ranks without mercy, regularly beating riders who had a few year racing experience under their belt.

Halfway into his second season Kimber was approached by Jim Fisher of CZ Canada with a sponsorship offer. Kimber parked his Bultaco and finished the year on a CZ, grabbing the 1972 Ontario 125 Senior Championship in the process.

At that time CZ’s pro team was spearheaded by Czech import Vlastimil Valek and Kimber was sent to attend one of Valek’s two-week training camps in Quebec.

“I thought I knew how to ride but Vlastimil really sharpened my skills. He was a great mentor. A lot of my success has to be credited to him,” Kimber said.

Kimber moved up to the Expert (Pro) ranks in 1973 and found himself battling the likes of his mentor Valek, the Finn Heikki Ylonen, Allan Jaggard, Ronnie Mathews, Ron Keys and Bill McLean. Valek would go on to win the 1973 500 National Championship while Keys grabbed the 250 crown and McLean the 125.

The following four years Kimber rode for the powerhouse Manley Kawasaki team, home of Swedish hotshoe Jan-Eric Sallqvist; the Finn, Jorma Rautianen, and Answer Products founder Eddy Cole. In 1977 Kimber, who considered himself a 125 specialist, was in contention for the 125 National Championship. He would ultimately lose the title to Al Logue, thanks to a last moto DNF.

Kimber also raced a number of World Championship GPs in the United States, garnering 12th overall in the 125 at Mid-Ohio in 1977, and 12th in the 250 at Unadilla in 1979. In 1978, he ventured to the Caribbean for an international event and won the Cuba Cup, beating out future World Champion George Jobé.

A few years before retiring from the sport Kimber claimed his second title, the Ontario 250 Expert Championship. Yet despite winning countless individual races it can be said that Kimber never achieved the results suggested by the potential he had displayed. Years later he acknowledged that he rarely practiced or engaged in physical conditioning and that he considered motocross a hobby.

“For me it was just about going racing and not championships. I was never one to keep track of points. I would just kind of show up and let the chips fall where they may,” Kimber noted. “But racing back then was a lot less serious than it is today. It wasn’t something you thought of as a career option. In retrospect, I can see that if I had been more serious about motocross, I could no doubt have written a few national championships under my name. If I have any regrets that would be it.”

After he left the sport Kimber totally drifted away from motocross. He went back to four-wheel competition and for a while raced at Merrittville Speedway, a stock car track near his home. Today, Kimber still lives in Fenwick and works as a licensed construction millwright.