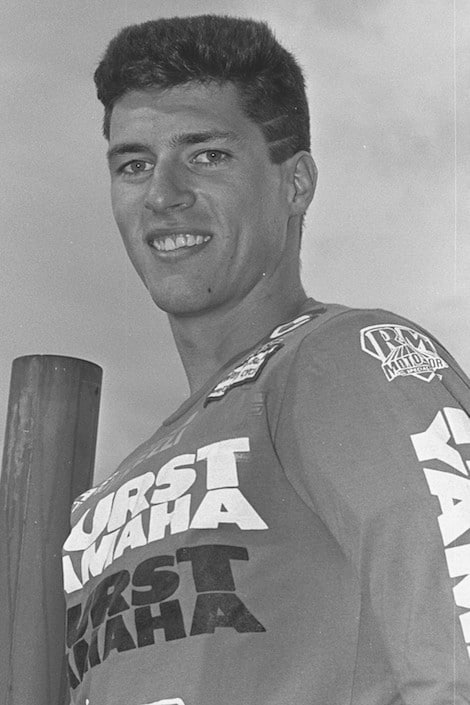 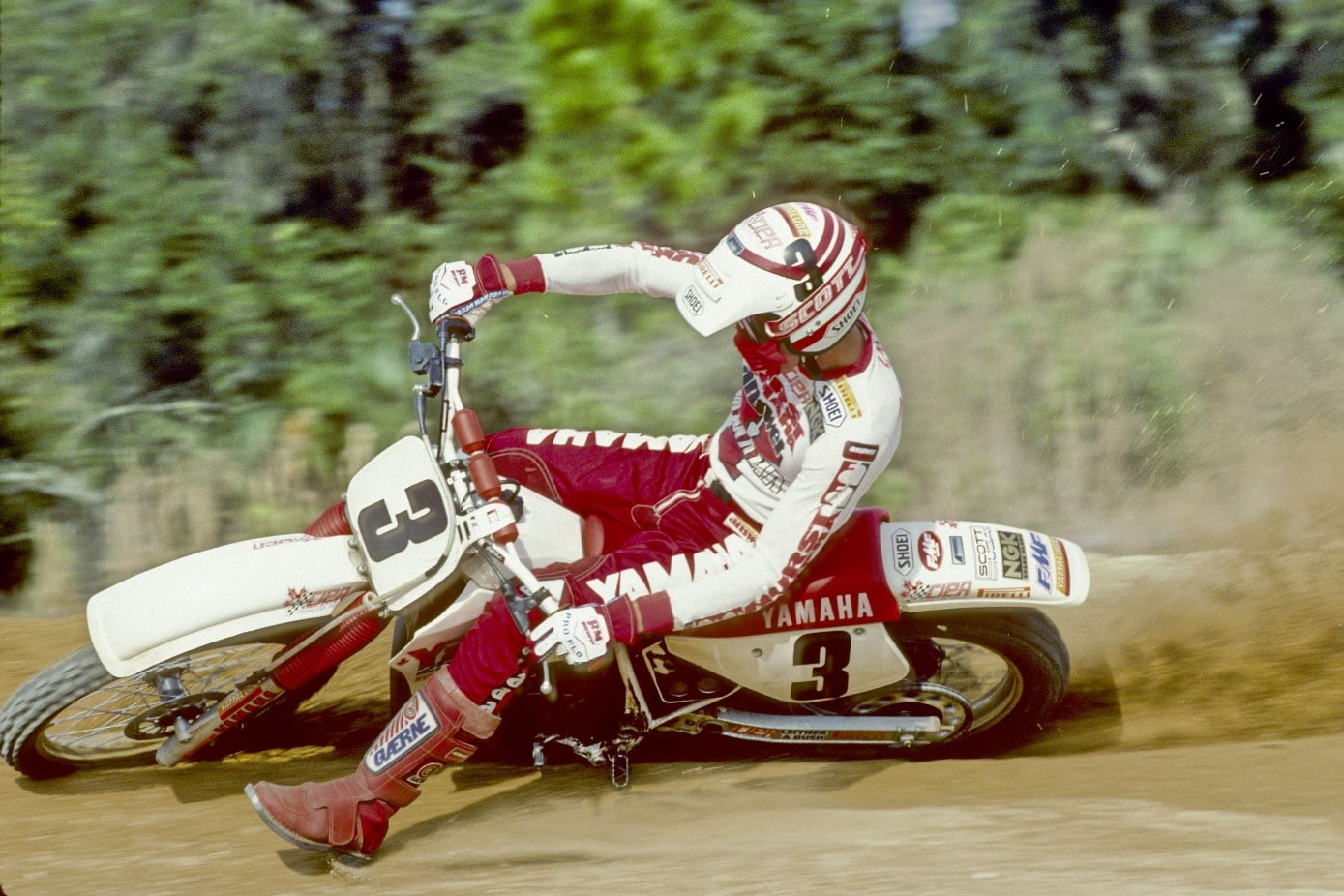 Although Glen Nicholson never captured the elusive National No.1 plate during his career, he was one of the best riders to grace the Canadian Pro motocross scene during the 1980s, especially in the 500cc class. Nicholson started racing in the Schoolboy ranks in 1979 and showed great promise from day one. In 1981, as a Junior, he rode his first motocross event in the United States at Batavia, NY and won! From then on, the Mississauga, ON native competed regularly south of the border to gain valuable experience on the highly competitive U.S. motocross circuit. It paid dividends throughout his career back home.

In 1983, his first season in the Pro ranks, Nicholson grabbed, in addition to a top-10 plate, the “Rookie of the Year” award. His consistent riding in all three displacement classes – 125, 250 and 500cc – kept him with a single digit National ranking from that year until his retirement in 1988. When taking into consideration this was the era of the likes of Ross “Rollerball” Pederson, Doug “Sweeper” Hoover, Al “Too Trick” Dick, Pierre Couture, Mario Paquette, Mike Harnden and Rudi Zacsko Jr., no small feat indeed.

In 1985, Nicholson won a number of international events in Cuba. Back in his home province, meanwhile, he annihilated all comers in the 125, 250 and 500cc Ontario Championships. One of Nicholson’s best Nationals seasons was booked in 1986. He garnered an eighth place in the 125 class, fifth in the 250 and third in the 500, for a points tally that earned him a fourth overall ranking. For good measure, Nicholson again swept the Ontario Provincials and hammered down fourth overall in the National Supercross Championship.

Nicholson reached his peak, however, in 1987, when he snared a National No.3 ranking. That same year, and in 1986, he was a member of Team Canada at the Motocross Des Nations in the United States and Italy respectively. For a number of years, Nicholson used his popularity as a motocross rider to front a drug awareness programme at schools throughout Ontario for the Canadian Institute for Prevention of Addiction. He was also instrumental in promoting the sport of motocross as a founding member of Moto News, a bi-weekly, nationally distributed motosport newspaper for which he was a test-rider.

Nicholson spent most of his Pro career backed by Yamaha Canada as a member of Team Hurst Yamaha. Today, he operates his own company, Mississauga Precision, a custom machining and fabricating business in Mississauga.