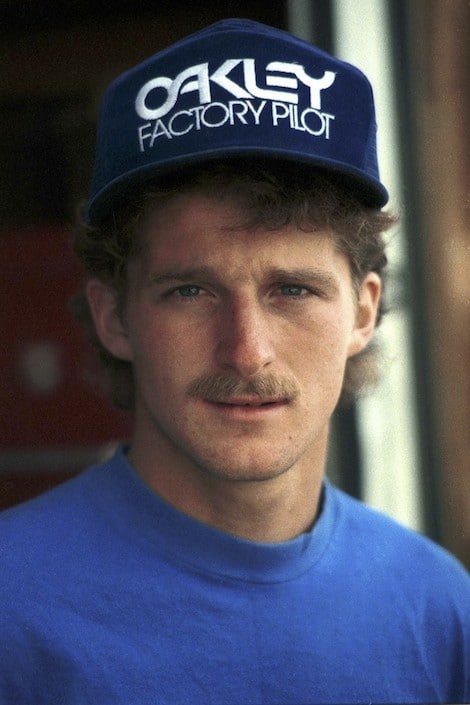 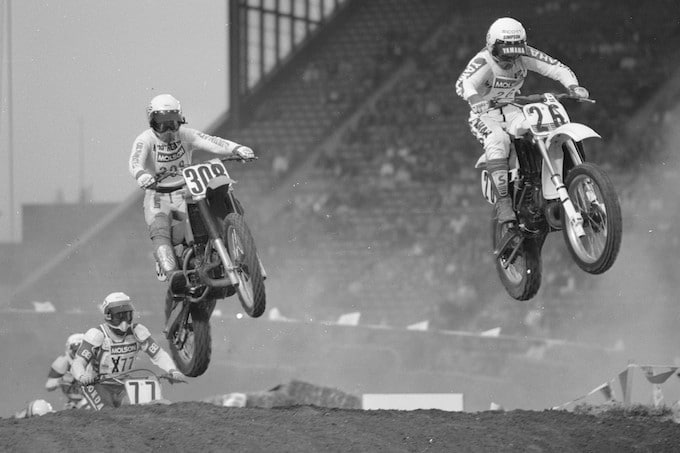 When Doug “Sweeper” Hoover retired from motocross in 1988, at the relatively early age of 24, the sport lost one its best and most colourful competitors. In a career that spanned 11 years, the Mount Albert, ON native not only won all the pre-requisite amateur championships, he garnered two Expert National titles and numerous Ontario Provincial crowns. Although Hoover could handle any type of track, when it came to sand he had few if any equals and it was on sandy tracks where many of his victories were recorded.

That the “Sweeper” was destined to make his mark in Canadian motocross was evident from day one: he effortlessly aced the first race he ever entered in 1978 at the age of 13. In 1979, Hoover wrapped up his first full season of CMA sanctioned racing with the Ontario Schoolboy Championship in the 100cc Big Wheel class. He repeated as Ontario Champion in 1980, putting the icing on the cake by winning the 100cc National Championship.

In 1981, Hoover, with a show of confidence that would underscore his entire career, bypassed the Junior Class to take on the 125cc Seniors. If anyone had reservations about this brash move Hoover’s end-of-season tally negated any doubts: he claimed the 125cc National Championship and scored a Triple Crown 125, 250 and 500cc victory in the Ontario Provincial title chase, making it all look embarrassingly easy.

In just three years of amateur racing, Hoover clearly demonstrated that he possessed the style, speed and talent necessary to make his way to the top in the Experts division, which he migrated to in 1982. He ended the season with a fourth overall in the 250 Nationals and seventh in the 125cc. Whereas it was clear that on a National scale Hoover, like any pro rookie, had a period of adjustment to contend with, Ontario remained his undisputed domain. “Sweeper” convincingly cleaned house and won the 125 and 250cc Expert Provincial Championships.

In 1983, Hoover shot into the National top-five like a Saturn rocket booster and remained there for the rest of his career. He also booked his eighth and ninth Ontario Championships by snaring victory in the 250 and 500cc classes. Feeling he had nothing left to prove in his home province, Hoover set his sights on winning at least one Expert National Championship before retiring. He would not contest the Ontario Championship again until his final year in 1988. In 1985, he achieved his main objective and captured the 125cc National Crown. Three years later, he added the 500cc National Championship to his resume and for a swan song, crushed all comers in the Ontario 125, 250 and 500cc points chase.

Like many of his contemporaries, Hoover was a motocross rider first and a supercross rider second. But that doesn’t mean he didn’t book results on tight artificial tracks. He was runner-up to Ross Pederson in the National Supercross Championship in 1984 and 1985. In 1987, he annihilated all comers in the 125/250cc National Ministade Series. Although Hoover never raced outside of North America, he proved his mettle against the world’s best in two Grands Prix, both held at Motopark in Chatsworth, ON. In 1985, he booked a second place in the 250 Canadian Grand Prix, a year later he garnered seventh in the same event.

“A lot of people wonder why I quite motocross so early but I achieved what I wanted to and racing for eleven seasons was enough for me,” said Hoover. “I also started thinking more seriously about my future and for me it was only natural to continue on in the family business. I still like to go out riding for fun and get together with some of the guys from the old days whenever I can.”

Today, Doug Hoover still lives in Mt. Albert, Ontario, where he owns and operates DH Systems, a successful trucking business that hauls freight and aggregates in Southern Ontario and parts of the United States.