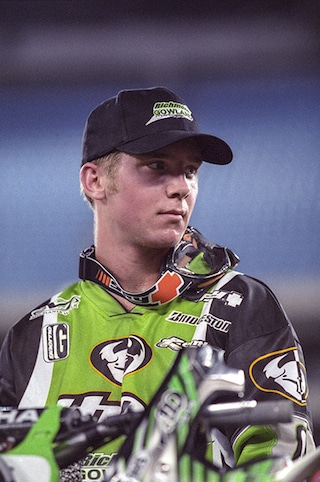 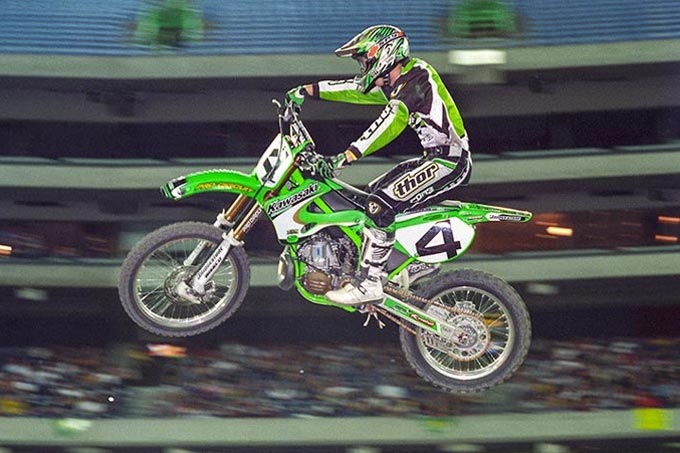 Courtenay, British Columbia’s Darcy Lange started riding dirtbikes when he was four-years old. He began sanctioned racing at the age of 12. Two years later he garnered the 80cc BC Provincial Championship. It was evident from early on that Lange, who spent most of his career racing Kawasaki both in Canada and the U.S., was one of those rare, naturally talented riders who was destined for greatness in the sport of dirt bike racing. Although he never managed to nail down a pro national championship, Lange was a frontrunner in both MX2 and MX1, once he turned pro in 1998. That year, at the age of 15, he recorded a noteworthy fifth place in the CMRC 125/250cc National Motocross Championship.

Unfortunately Lange proved to be injury-prone and this, along with scheduling conflicts in the United States, where he would become an arenacross star, often saw him miss Canadian National rounds, which without a doubt kept him from winning a coveted MX2 or MX1 Motocross Championship. In 2002 for example he rode only two rounds; in 2004 only one round. In 2005, he forfeited the entire CMRC Canadian Nationals season. In 2006, his final year in the national points chase in Canada, he finished eighth in MX1, after exiting the series with injuries after five of the nine rounds.

While Lange never really had a chance to live up to his potential in motocross, he most certainly did do that in arenacross. He honed his arenacross skills in the Too Trick and Future West Series in Canada before making the transition to the United States via the AMA Arenacross Series, where he claimed an impressive three national championships. In his debut season in 2001, Lange raised eyebrows south of the border, nailing down a seventh place ranking in the National Arenacross Championship. He was the first Canadian to make serious waves in the AX series.

His second arenacross success in 2005 earned him a ride on Team Monster Energy/Pro Circuit/Kawasaki to campaign the 2006/07 Eastern Regional AMA Supercross Lites Series. Although Lange proved he had the chops to be a contender in the larger stadium supercross events, he had to settle for third, 16 points down from the series winner, Ben Townley, Pro Circuit/Kawasaki teammate.

In 2007, his final year of racing, Lange returned to the American Arenacross Championship. He went out in style, claiming a third championship based on winning an incredible 30 of 40 mains. At the end of the season Lange, who had been feeling ill for some time, was diagnosed with Hodgkin?s Lymphoma. He entered a rigorous treatment program and within six months his doctors declared him cancer free. Although he was only 25 years old, and had been given the green light to resume racing, Lange, after some soul searching, decided he had nothing left to prove and retired from the sport. Once he called it quits he drifted away from the motocross/arenacross scene and turned down almost yearly offers to get back on a bike or work in the dirt bike racing industry. He even curtailed recreational riding, something he has been doing only sporadically over the years.