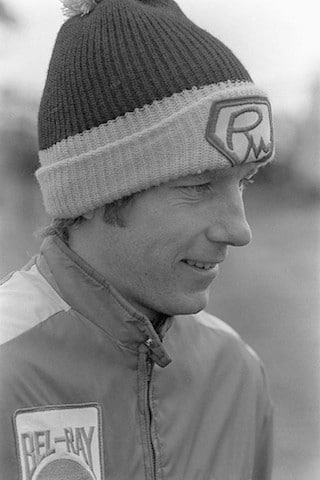 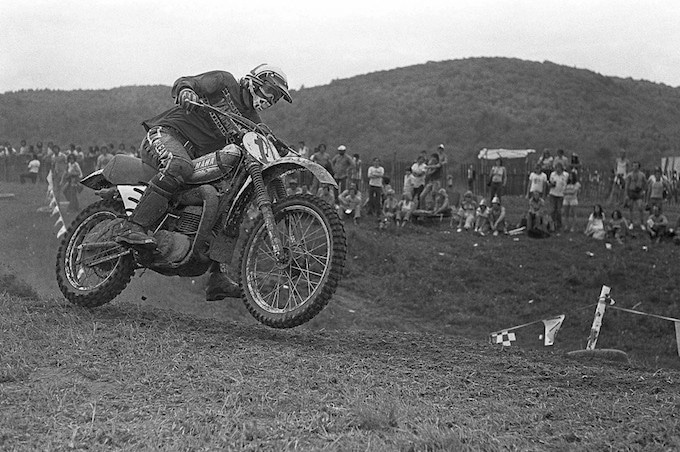 British Columbia’s Bill McLean was one of a handful of 1970s motocrossers who managed to give the European, American and Japanese import riders a run for their money. In addition to winning all the requisite provincial titles, he grabbed the No.1 plate in the 1973 Canadian Nationals and won the Open Championship in 1978.

Like many great racing champions, McLean was a born natural talent waiting for someone to put him on a motorcycle. He started riding dirt bikes in his early teens and mastered the nuances of off-roading in one of the most unusual training grounds on record, a big city garbage disposal site!

“I lived across from the City of Vancouver Dump in Burnaby,” explains McLean. “All I had to do was walk my bike across the street, start it up and go riding. That’s where I learned the ropes.”

In the ever-changing topography of the dump, McLean and his friends would stake out various tracks which ranged from plain demanding to just plain treacherous.

McLean’s ability to outrace his buddies quickly earned him the handle “King of the Dump”. In fact, he was so fast that he beat all comers including guys who were riding sanctioned competition. It was due to their influence that he became interested in trying his hand at organized racing.

In 1972, at the age of 19, a Montessa mounted McLean raced the CMA sanctioned BC Championship in the 125 and 250 Junior class and won both titles. Then, in 1973, instead of moving to the Senior ranks he went straight to the Experts as teammate to Glen McKenzy on the Trevor Dealey Yamaha Team. It signaled the start of a lifelong relationship with Yamaha for McLean.

Equipped with state-of-the-art factory bikes straight from Japan, a new cube van, mechanic and a weekly salary, McLean joined the pros as one of the best sponsored rookies to ever hit the Canadian motocross circuit.

“I couldn’t believe what had happened to me. Within two years of starting in motocross I was riding the best racing bikes on the market and getting paid to do what I loved doing,” McLean recalls. “Of course, there was a lot of pressure on me but that only motivated me more.”

McLean was so motivated that he won the 125 Championship, and combined with accumulated points from the 250 and 500 classes, tallied enough to take the overall No.1 plate. In 1974, he went east to race the Molson Series and test his mettle against the influx of European, American and Japanese factory riders. It was the first year Jan Eric Sallqvist got into the mix and, not surprisingly, the Swedish Champion garnered the No.1 plate in the Nationals at the expense of the Canadian contingent.

“The foreign guys like Sallqvist really raised the level of competition and we had no choice but to get faster ourselves. But I don’t remember anybody complaining about these guys coming over here. It was a great learning experience for all of us,” says McLean, who finished a respectable third overall in the ‘74 National Championship.

But McLean’s meteoric rise in Canadian motocross came to an abrupt end at the beginning of the 1975 season, when he broke a leg at a local race in Mission, BC. Confined to a cast for eight months, the ’75 season was a virtual write-off for the Burnaby native. Although he trained hard and practiced whenever he could during the winter months to prepare for the ’76 season, problems with the leg kept him from getting up to competition speed. For the first time in his career he found himself out of the winner’s circle.

“Missing close to a year of racing took its toll on me. I had been a winner from day one and losing was something I had to get used to. I got pretty discouraged at times,” says McLean. “I felt like I needed a change of scene so I decided to go and race in Europe in 1977. Looking back it was one of the best decisions I ever made”

McClean and his wife Jan settled in Limburg on the Dutch/Belgian border, a key motocross centre, and he entered nearly every International Motocross on the calendar in The Netherlands, Belgium and France. Although winning overalls was not something he expected to achieve on the tough-as-nails European racing circuit, he scored a number of moto victories and regularly booked top-ten finishes against the best GP riders of the day.

Much to his surprise he found himself in great demand with event organizers and a very popular rider with the thousands of fans who flocked to the tracks every Sunday. In the little Dutch town where he resided, he became a local hero and recipient of much media attention.

“It was incredible racing in Europe. The hordes of people who went to the races, the respect and admiration you got, the camaraderie with other riders, not to mention excellent start money and prize money, it was heady stuff. Even when it was good in Canada, it was never that good,” recalls McLean with a hint of nostalgia in his voice.

With his confidence restored, and a desire to make a come-back in Canada, McLean returned home to focus on the 1978 Nationals. For the first time in his pro career he didn’t ride for Yamaha; he found himself instead with full backing from Maico Canada and R&M Motosport. Although his European campaign had more than prepared him for the Nationals, McLean found competition back home to be no cake walk. Alberta’s Zoli Berenyi Jr. and the American Jim Turner more than gave him a run for the title. When all was said and done Berenyi won the 125 class, Turner the 250 (and the overall No.1 plate). In the Open class, however, no one could match McLean.

“I had achieved my goal,” he says. “I wanted to be back on top before I retired and I had hoped to get there against worthy opponents so it wouldn’t be a hollow victory. Berenyi, Turner, and Jay Kimber, to name a few, made it all worthwhile.”

McLean thought of calling it quits at the end of the ’78 season but a new offer from Yamaha to ride for another year brought him back into the fray in 1979. A separated shoulder early in the season put him out of contention, however, and with it came the decision to stop racing so he could concentrate on family life and his garage business.

Today, Bill McLean owns and operates Pacific Yamaha, a highly successful dealership in Vancouver. Although he limits his dirt-bike riding to just messing around for fun when time permits, he is still actively involved in motocross as a successful race team owner. In ‘02/03 Team Pacific Yamaha won the 125 West Championship title.