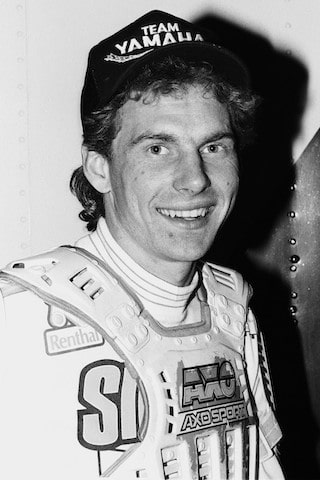 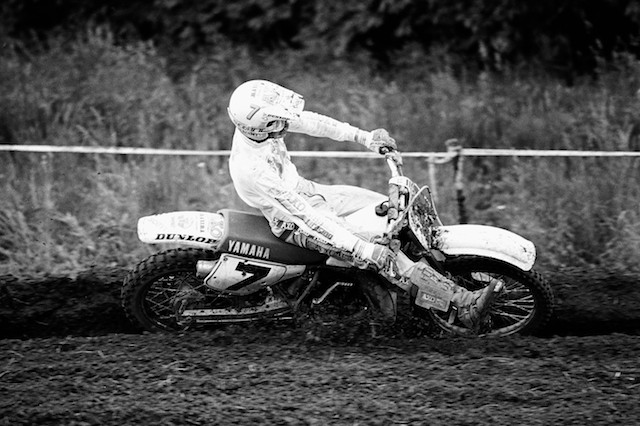 Allan “Too Trick” Dyck, who started motocross relatively late at the age of 15, snatched both the BC Provincial and National 80cc Schoolboy Championship in 1979, his first year of competition. Unlike most aspiring motocross riders, Dyck knew nothing about the sport and had no heroes or influences that pushed him on toward sanctioned competition. He started riding dirt bikes on the vast spaces of the Fraser Valley, when he was 13 years old and noticed other riders who had competition numbers on their bikes.

“I thought having a number on your bike was really cool and when I found out from these guys that they were actually racing their bikes, I knew it was something I wanted to do,” said Dyck. “My parents weren’t too fussy on the idea but after nagging them for two years they finally said okay.”

Although no other amateur titles followed his debut year, Dyck proved he had the right stuff to make it as a pro when he clinched runner-up position to Ross Pederson in the 1982, 125cc Expert National Championship. That he did it while riding with a broken arm speaks volumes. The following year, competing in the 125 and 250cc, “Too Trick” nailed down a third place ranking in both classes. In 1984, he added the 500 class to his agenda, establishing himself as a formidable force in all three displacement classes.

In 1986, Dyck proved his mettle on the supercross circuit when he nailed down a victory at the Montreal Supercross, becoming the second Canadian after Pederson to shut out the mighty American guest riders. Dyck really came to the forefront of Canadian MX in 1988, when he garnered the 125 National Championship and the overall No.1 ranking, based on the accumulation of the most points in all three classes.

His absolute best year came in 1989, when he pulled off the “Triple Crown”, making him the only rider on record besides Pederson to win the 125, 250 and 500cc titles in one year. “After winning all three classes I kind of lost interest because I believed I had achieved everything I wanted to,” Dyck noted. “I never really pushed myself anymore after that. I realize today that I probably set my goals too low. I should have gone to the States or something, anything that would have provided me with a new challenge.”

Dyck was plagued by illness for most of the 1990 season but he still managed a respectable second place overall ranking. In 1991, he was the only top-10 rider on the Nationals circuit to keep his status intact. In 1993, Dyck more or less called it a day and went into semi-retirement, only racing in regional BC events. He entered the “one-round”, 125 CMA National Championship in 1997 and laid claim to his last major title.

Today, in addition to promoting arenacross in British Columbia and Alberta, Dyck operates Too Trick Racing, a suspension business in Abbotsford, BC. His services are in high demand, catering to dirt, street and mountain bike riders, as well as a number of MX racing teams including Calgary’s Blackfoot Motosports and Vancouver’s Richmond Motorsport. In 1999, and 2000, Dyck acted as both mentor and mechanic for Darcy Lange, helping to propel the Courtney, BC teen sensation to a No.3 and No.4 National ranking respectively.